Chickn is a music group formed during the Christmas holidays of 2012 in Athens, Greece.

They recorded their first demo in 2013, when they obtained their current form. They call the genre that they play Jetztzeit rock, that is heavily influenced by West Coast ‘68-74’ US psychedelia, krautrock and european experimental music.

The main pillars of Chickn’s music are improvisation, as well as their tendency to embrace the unexpected. They have developed a large body of artists that they work with and as a result their liquid line-up gets temporarily solidified by their current expressive needs.

Every member of Chickn provides his/hers unique point of view on the same vision and in that way they give birth to an eclectic amalgam of ecstatic motifs, reversed grooves, manic riffs and existential vocals.

Their live performances are totally unpredictable because among their other habits, they do not stick to their setlist and they do not stop creating and recording alternate versions of the same songs.

All those intense live performances Chickn consistently give since their day one, in all kinds of venues, from dusty basements to open-air stages, kept spreading by word of mouth, establishing them as one of the hottest acts in Greece.

Their Debut LP received praising reviews from all over the world and the first press sold out within a month. The live presentation included 14 musicians on stage, creating a landmark in Greece’s independent music scene.

Chickn have so far performed alongside acts like the Budos Band, Preoccupations (ex. Vietcong), Moon Duo, Underground Youth, the Weekend. Whenever possible, they enjoy sharing the stage simultaneously with other bands, building impromptu jams. 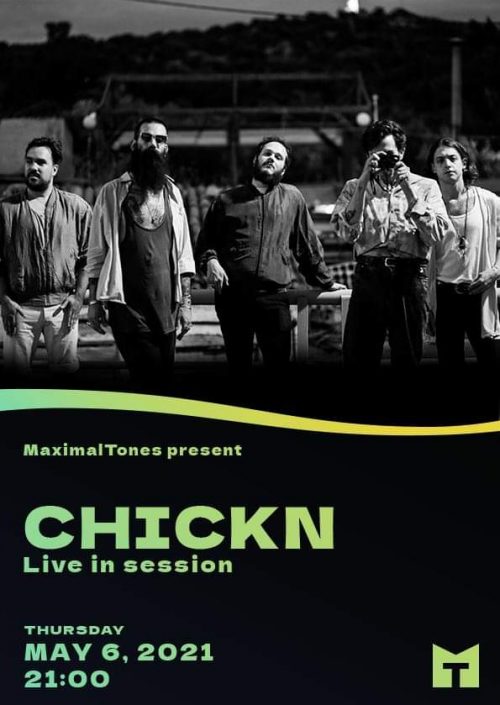